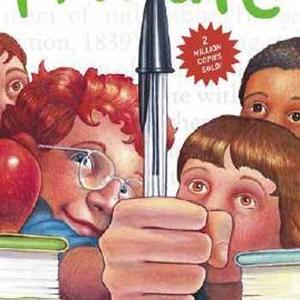 Frindle is an American children's novel written by Andrew Clements, illustrated by Brian Selznick, and published by Aladdin in 1996. It was the winner of the 2016 Phoenix Award, which is granted by the Children's Literature Association to the best English-language children's book that did not win a major award when it was published twenty years earlier.Frindle was Clements's first novel; all of his previous works had been picture books. According to Clements, the book originated from the thought, "What would happen if a kid started using a new word, and other kids really liked it, but his teacher didn't?"
Read more or edit on Wikipedia