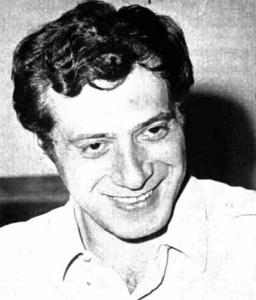 Giorgio Pressburger (April 21, 1937 – October 5, 2017) was an Italian writer of novels and short stories.Born in Budapest, Pressburger settled in Italy in 1956, where he worked as a film and theatre director. He later became the Director of the Institute of Italian Culture in Hungary. His book The Law of White Spaces was shortlisted for the Independent Foreign Fiction Award in 1992. His other works include the novel Teeth and Spies and the short story collection Snow and Guilt.
Read more or edit on Wikipedia