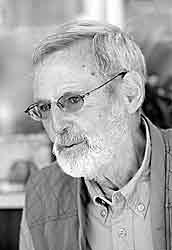 Wolfgang Schreyer (20 November 1927 – 14 November 2017) was a German writer of fiction, historic adventures mixed with documentary, science fiction for TV shows and movies and is best known as the author of over 20 adventure stories.
Read more or edit on Wikipedia