Cesare Brandi (Siena, 8 April 1906 – Vignano, 19 January 1988) was an art critic and historian, specialist in conservation-restoration theory. In 1939 he became the first director of the Istituto Centrale per il Restauro (Central Institute for Restoration, now the Istituto Superiore per la Conservazione ed il Restauro) in Rome.His main books on art interpretation are Le due vie (1966, Bari), and Teoria generale della critica (1974). Le due vie was presented and debated in Rome by Roland Barthes, Giulio Carlo Argan and Emilio Garroni. The philosopher he felt mostly closer to was Heidegger, although their positions didn't coincide; for this, he felt also closer to Derrida, particularly to his theorization of Différance.His broad practical experience and his phenomenological references ranging from Plato to Kant, passing through Benedetto Croce, Martin Heidegger, Jean-Paul Sartre, Bergson and especially Edmund Husserl and Hegel, culminated in what became known as Theory of Critical Restoration. In 1963 Brandi published his theories in the book Teoria del Restauro (Theory of Restoration), a landmark theoretical essay on restoration. His theory gave rise to 'trateggio,' a controversial technique for repainting missing or damaged sections of works of art.Brandi's proposals had a great influence in the Italian Restoration Letter of 1972 and, consequently, in the current practice of restoration around the world.
Read more or edit on Wikipedia 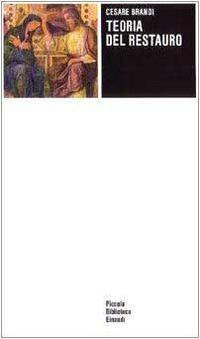 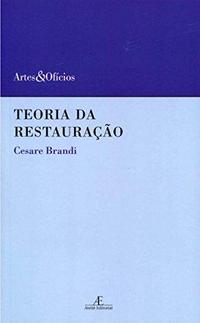