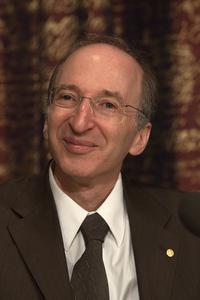 Saul Perlmutter (born September 22, 1959) is a U.S. astrophysicist at the Lawrence Berkeley National Laboratory and a professor of physics at the University of California, Berkeley. He is a member of both the American Academy of Arts & Sciences and the American Philosophical Society, and was elected a Fellow of the American Association for the Advancement of Science in 2003. He is also a member of the National Academy of Sciences. Perlmutter shared the 2006 Shaw Prize in Astronomy, the 2011 Nobel Prize in Physics, and the 2015 Breakthrough Prize in Fundamental Physics with Brian P. Schmidt and Adam Riess for providing evidence that the expansion of the universe is accelerating.
Read more or edit on Wikipedia

Spectroscopic confirmation of high-redshift supernovae with the ESO VLT ( 2005 )

An integral field spectrograph for SNAP ( 2004 )