Simon of Kéza (Hungarian: Kézai Simon) was the most famous Hungarian chronicler of the 13th century. He was a priest in the royal court of king Ladislaus IV of Hungary. His most important work is Gesta Hunnorum et Hungarorum, written in Latin around 1282, in which he gives a vivid description of the history of the Huns and the Hungarians (whom he considered relatives), from the legendary beginnings until the contemporary period. As a personal secretary of the king, he worked in the royal archives and collected his material from older chronicles conserved there. The chronicle was first published in print in 1782 in Buda. In the 19th century it was translated into Hungarian and became a popular work which helped the development of national consciousness.
Read more or edit on Wikipedia 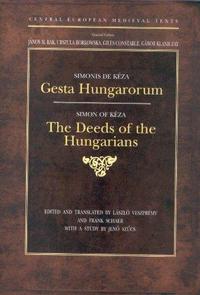