Jörg Rüpke (born December 27, 1962 in Herford, West Germany) is a German scholar of comparative religion and classical philology, recipient of the Prix Gay Lussac-Humboldt in 2008, and of the Advanced Grant of the European Research Council in 2011. In January 2012, Rüpke was appointed by German Federal President Christian Wulff to the German Council of Science and Humanities.
Read more or edit on Wikipedia 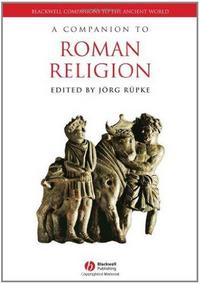 A Companion to Roman Religion

The Religion of the Mithras Cult in the Roman Empire: Mysteries of the Unconquered Sun ( 2011 )

You Shall Not Kill. Hierarchies of Norms in Ancient Rome ( 1992 )

Religion in the making: the Lived Ancient Religion approach ( 2018 )

Grouping Together in Lived Ancient Religion: Individual Interacting and the Formation of Groups ( 2017 )