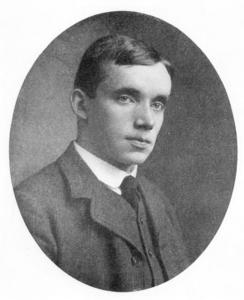 James Bridie (3 January 1888 in Glasgow – 29 January 1951 in Edinburgh) was the pseudonym of a Scottish playwright, screenwriter and physician whose real name was Osborne Henry Mavor. He took his pen-name from his paternal grandfather's first name and his grandmother's maiden name.
Read more or edit on Wikipedia