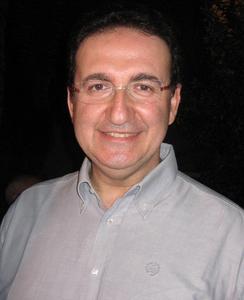 Roberto Giacobbo (born 12 October 1961) is an Italian journalist, author, television presenter and television writer. He has a bachelor's degree in "Economics and Commerce".He has been the presenter of cultural programs on Italian television, wrote and published numerous books and articles about archaeology and scientific discoveries .He was the author and presenter of the television program Voyager - Ai confini della conoscenza, popular program of the Italian channel Rai Due.Currently Head of Authoritative Group and Contents Television Network of the Italian channel Focus and presenter of Mediaset network Rete 4 with his "Freedoom, Beyond the Borders".
Read more or edit on Wikipedia