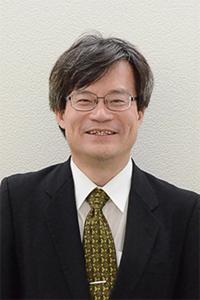 Japanese doctor of engineering and physicist (1960-), 2014 Nobel laureate in Physics

Hiroshi Amano (天野 浩, Amano Hiroshi, born September 11, 1960) is a Japanese physicist, engineer and inventor specializing in the field of semiconductor technology. For his work he was awarded the 2014 Nobel Prize in Physics together with Isamu Akasaki and Shuji Nakamura for "the invention of efficient blue light-emitting diodes which has enabled bright and energy-saving white light sources".Amano was elected as a member of the National Academy of Engineering in 2016 for the development of p-type gallium nitride (GaN) doping, enabling blue semiconductor LEDs.
Read more or edit on Wikipedia