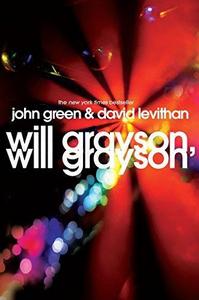 Will Grayson, Will Grayson is a novel by John Green and David Levithan, published in April 2010 by Dutton Juvenile. The book's narrative is divided evenly between two boys named Will Grayson, with Green having written all of the chapters for one and Levithan having written the chapters for the other, presented in an alternating chapter fashion. One boy is referred to with a capitalized letter at the start of his name, while the other is referred to in all lower case letters. The novel debuted on The New York Times children's best-seller list after its release and remained there for three weeks. It was the first LGBT-themed young adult novel to make it to that list.
Read more or edit on Wikipedia