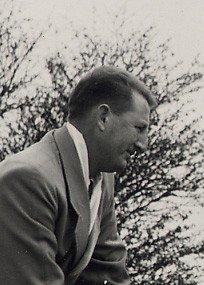 David Francis Dodge (August 18, 1910, Berkeley, California – August 8, 1974, San Miguel de Allende, Mexico) was an American author of mystery/thriller novels and humorous travel books. His first book was published in 1941. His fiction is characterized by tight plotting, brisk dialogue, memorable and well-defined characters, and often exotic locations. His travel writing documented the adventures and misadventures of the Dodge family (David, his wife Elva and daughter Kendal) as they roamed around the world. Practical advice and information for the traveler on a budget are sprinkled liberally throughout the books.
Read more or edit on Wikipedia

To Catch a Thief