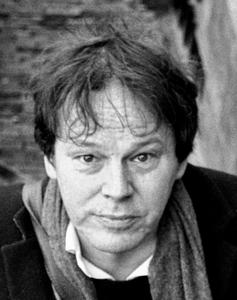 David Rolfe Graeber (; February 12, 1961 – September 2, 2020) was an American anthropologist and anarchist activist. His influential work in economic anthropology, particularly his books Debt: The First 5,000 Years (2011) and Bullshit Jobs (2018), and his leading role in the Occupy movement, earned him recognition as one of the foremost anthropologists and left-wing thinkers of his time.Born in New York to a working-class Jewish family, Graeber studied at Purchase College and the University of Chicago, where he conducted ethnographic research in Madagascar under Marshall Sahlins and obtained his doctorate in 1996. He was an assistant professor at Yale University from 1998 to 2005, when the university controversially decided not to renew his contract before he was eligible for tenure. Unable to secure another position in the United States, he entered an "academic exile" in England, where he was a lecturer and reader at Goldsmiths' College from 2008 to 2013, and a professor at the London School of Economics from 2013. In his early scholarship, Graeber specialized in theories of value (Toward an Anthropological Theory of Value, 2002), social hierarchy and political power (Fragments of an Anarchist Anthropology, 2004, Possibilities, 2007, On Kings, 2017), and the ethnography of Madagascar (Lost People, 2007). In the 2010s he turned to historical anthropology, producing his most well known book Debt: The First 5000 Years (2011), an exploration of the historical relationship between debt and social institutions, as well as a series of essays on the origins of social inequality in prehistory. In parallel, he developed critiques of bureaucracy and managerialism in contemporary capitalism, published in The Utopia of Rules (2015) and Bullshit Jobs (2018). He coined the concept of bullshit jobs in a 2013 essay that explored the proliferation of "paid employment that is so completely pointless, unnecessary, or pernicious that even the employee cannot justify its existence".Although exposed to radical left politics from a young age, Graeber's direct involvement in activism began with the global justice movement of the 1990s. He attended protests against the 3rd Summit of the Americas in Quebec City in 2001 and the World Economic Forum in New York in 2002, and later wrote an ethnography of the movement, Direct Action (2009). In 2011, he became well known as one of the leading figures of Occupy Wall Street and is credited with coining the slogan "We are the 99%". His later activism included interventions in support of the Rojava revolution in Syria, the British Labour Party under Jeremy Corbyn and Extinction Rebellion. Graeber was married to artist Nika Dubrovsky. He died unexpectedly in September 2020, while on vacation in Venice. His last book, The Dawn of Everything: A New History of Humanity, co-written with archaeologist David Wengrow, was published posthumously in 2021.
Read more or edit on Wikipedia