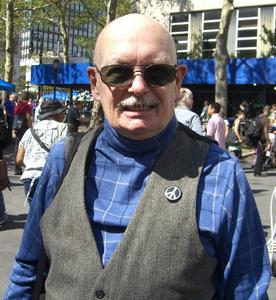 Dennis Joseph O'Neil (May 3, 1939 – June 11, 2020) was an American comic book writer and editor, principally for Marvel Comics and DC Comics from the 1960s through the 1990s, and Group Editor for the Batman family of titles until his retirement. His best-known works include Green Lantern/Green Arrow and Batman with Neal Adams. It was during this run that O'Neil co-created the Batman villains Ra's al Ghul and Talia al Ghul. His other notable work includes runs on The Shadow with Michael Kaluta and The Question with Denys Cowan. As an editor, he is principally known for editing the various Batman titles. He also sat on the board of directors of the charity The Hero Initiative and served on its Disbursement Committee.
Read more or edit on Wikipedia