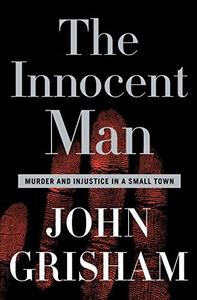 The Innocent Man: Murder and Injustice in a Small Town

The Innocent Man: Murder and Injustice in a Small Town is a 2006 true crime book by John Grisham, his only nonfiction title as of 2020. The book tells the story of Ronald 'Ron' Keith Williamson of Ada, Oklahoma, a former minor league baseball player who was wrongly convicted in 1988 of the rape and murder of Debra Sue Carter in Ada and was sentenced to death. After serving 11 years on death row, he was exonerated by DNA evidence and other material introduced by the Innocence Project and was released in 1999. Netflix released a six-part documentary series based on the book in December 2018.
Read more or edit on Wikipedia