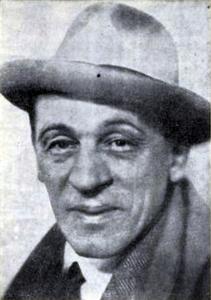 Frédéric-Louis Sauser (1 September 1887 – 21 January 1961), better known as Blaise Cendrars, was a Swiss-born novelist and poet who became a naturalized French citizen in 1916. He was a writer of considerable influence in the European modernist movement.
Read more or edit on Wikipedia