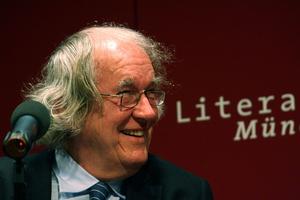 Dieter Borchmeyer (born 3 May 1941 in Recklinghausen) is a German literary critic. Borchmeyer is Professor Emeritus of Modern German Literature (Neuere Deutsche Literatur) and Dramatic Theory (Theaterwissenschaft) at the University of Heidelberg, where he is currently Seniorprofessor. Borchmeyer is President of the Bavarian Academy of Fine Arts. His principal fields are German literature from the 18th to the 20th century and music theatre. He has published on Goethe, Schiller, Mozart and Richard Wagner.
Read more or edit on Wikipedia