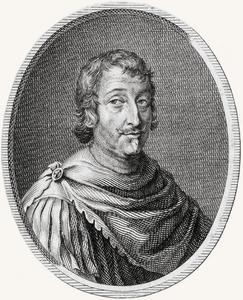 François Maynard, sometimes seen as "de Maynard" (21 November 1582 – 28 December 1646) was a French poet who spent much of his life in Toulouse.
Read more or edit on Wikipedia