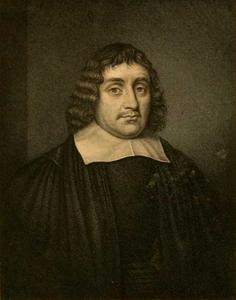 Thomas Fuller (baptised 19 June 1608 – 16 August 1661) was an English churchman and historian. He is now remembered for his writings, particularly his Worthies of England, published in 1662, after his death. He was a prolific author, and one of the first English writers able to live by his pen (and his many patrons).
Read more or edit on Wikipedia