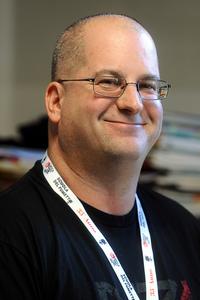 Drew Karpyshyn (born July 28, 1971) is a Canadian video game scenario writer, scriptwriter and novelist. He served as a senior writer for BioWare's Star Wars: Knights of the Old Republic and lead writer for the first two Mass Effect video games. He left BioWare in 2012 to focus on his Chaos Born novels, and returned to it three years later in 2015. On March 9, 2018, he announced he was leaving BioWare once again to pursue his independent work.
Read more or edit on Wikipedia