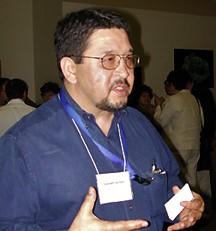 Colonel Kanatzhan "Kanat" Alibekov (Kazakh: Қанатжан Байзақұлы Әлібеков, Qanatjan Baızaquly Álibekov; Russian: Канатжан Алибеков, Kanatzhan Alibekov; born 1950) – known as Kenneth "Ken" Alibek since 1992 – is a Kazakh-American physician, microbiologist, and biological warfare (BW) expert. He rose rapidly in the ranks of the Soviet Army to become the First Deputy Director of Biopreparat, where he oversaw a vast program of BW facilities. During his heyday as a Soviet bio-weapons designer, in the late 1970s and 1980s, Alibekov oversaw projects that included weaponizing glanders and Marburg hemorrhagic fever, and created Russia's first tularemia bomb. Perhaps his signal accomplishment was the creation of a new "battle strain" of anthrax, known as "Strain 836", later described by the Los Angeles Times as "the most virulent and vicious strain of anthrax known to man".In 1992, he defected to the United States; he has since become an American citizen and made his living as a biodefense consultant, speaker, and entrepreneur. He had actively participated in the development of biodefense strategy for the U.S. government, and between 1998 and 2005 he testified several times before the U.S. Congress and other governments on biotechnology issues. In the lead up to the war between the US and Iraq, he testified before Congress, without direct knowledge or evidence, that "attempts to wipe out Iraq's bioweapons capability were probably not successful." In the ensuing years of war, no evidence has been found in Iraq to back up his claims. Alibek is currently working as a Senior Vice President for research and development at Locus Fermentation Solutions in Ohio, USA. Apart from this, he is actively involved in research on autism and its infectious etiology.
Read more or edit on Wikipedia 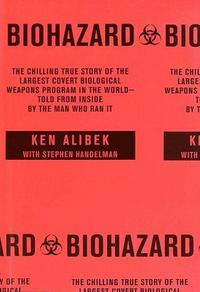