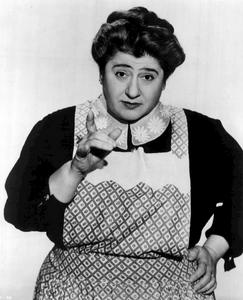 Gertrude Berg (Born Tillie Edelstein; October 3, 1899 – September 14, 1966) was an American actress, screenwriter and producer. A pioneer of classic radio, she was one of the first women to create, write, produce and star in a long-running hit when she premiered her serial comedy-drama The Rise of the Goldbergs (1929), later known as The Goldbergs. Her career achievements included winning a Tony Award and an Emmy Award, both for Best Lead Actress.
Read more or edit on Wikipedia