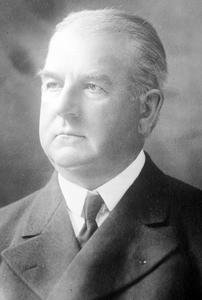 Albert Goodwill Spalding (September 2, 1849 – September 9, 1915) was an American pitcher, manager, and executive in the early years of professional baseball, and the co-founder of A.G. Spalding sporting goods company. He was born and raised in Byron, Illinois yet graduated from Rockford Central High School in Rockford, Illinois. He played major league baseball between 1871 and 1878. Spalding set a trend when he started wearing a baseball glove. After his retirement as a player, Spalding remained active with the Chicago White Stockings as president and part-owner. In the 1880s, he took players on the first world tour of baseball. With William Hulbert, Spalding organized the National League. He later called for the commission that investigated the origins of baseball and credited Abner Doubleday with creating the game. He also wrote the first set of official baseball rules. He was inducted into the Baseball Hall of Fame in 1939.
Read more or edit on Wikipedia