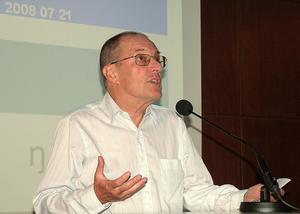 John Christopher Wells (born 11 March 1939) is a British phonetician and Esperantist. Wells is a professor emeritus at University College London, where until his retirement in 2006 he held the departmental chair in phonetics.
Read more or edit on Wikipedia