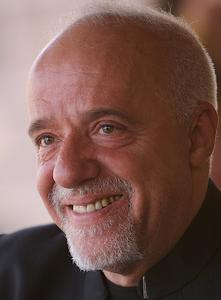 Paulo Coelho de Souza (, Portuguese: [ˈpawlu kuˈeʎu]; born 24 August 1947) is a Brazilian lyricist and novelist and a member of the Brazilian Academy of Letters since 2002. His novel The Alchemist became an international best-seller and he has published 28 more books since then.
Read more or edit on Wikipedia