His Dark Materials is a trilogy of fantasy novels by Philip Pullman consisting of Northern Lights (1995) (published as The Golden Compass in North America), The Subtle Knife (1997), and The Amber Spyglass (2000). It follows the coming of age of two children, Lyra Belacqua and Will Parry, as they wander through a series of parallel universes. The novels have won a number of awards, including the Carnegie Medal in 1995 for Northern Lights and the 2001 Whitbread Book of the Year for The Amber Spyglass. In 2003, the trilogy was ranked third on the BBC's The Big Read poll.Although His Dark Materials has been marketed as young adult fiction, Pullman wrote with no target audience in mind. The fantasy elements include witches and armoured polar bears; the trilogy also alludes to concepts from physics, philosophy, and theology. It functions in part as a retelling and inversion of John Milton's epic Paradise Lost, with Pullman commending humanity for what Milton saw as its most tragic failing, original sin. The series has attracted controversy for its criticism of religion. The London Royal National Theatre staged a two-part adaptation of the series in 2003–2004. New Line Cinema released a film adaptation of Northern Lights, The Golden Compass, in 2007. A BBC television series based on the novels commenced broadcast in November 2019.Pullman followed the trilogy with two novellas set in the Northern Lights universe; Lyra's Oxford (2003) and Once Upon a Time in the North (2008). La Belle Sauvage, the first book in a new trilogy titled The Book of Dust, was published on 19 October 2017; the second book of the new trilogy, The Secret Commonwealth, was published in October 2019. Both are set in the same universe as Northern Lights.
Read more or edit on Wikipedia 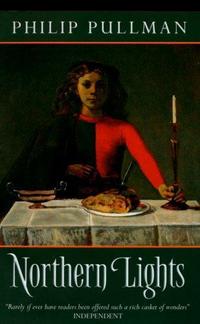 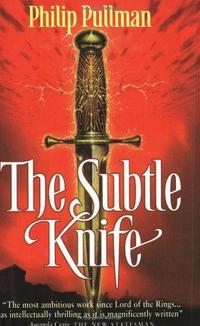 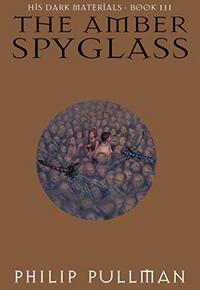 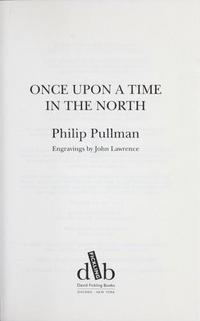 Once Upon a Time in the North 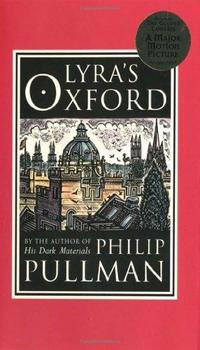