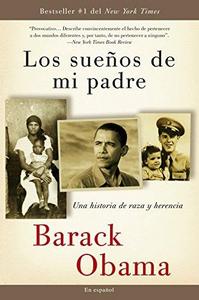 Dreams from My Father: A Story of Race and Inheritance

Dreams from My Father: A Story of Race and Inheritance (1995) is a memoir by Barack Obama, that explores the events of his early years in Honolulu and Chicago up until his entry into law school in 1988. Obama originally published his memoir in 1995, when he was starting his political campaign for the Illinois Senate. He had been elected as the first African-American president of the Harvard Law Review in 1990. According to The New York Times, Obama modeled Dreams from My Father on Ralph Ellison's novel Invisible Man.After Obama won the U.S. Senate Democratic primary victory in Illinois in 2004, the book was re-published that year. He gave the keynote address at the 2004 Democratic National Convention (DNC) and won the Illinois Senate seat in the fall. Obama launched his presidential campaign three years later. The 2004 edition includes a new preface by Obama and his DNC keynote address.
Read more or edit on Wikipedia