Gardner Francis Cooper Fox (May 20, 1911 – December 24, 1986) was an American writer known best for creating numerous comic book characters for DC Comics. Comic book historians estimate that he wrote more than 4,000 comics stories, including 1,500 for DC Comics. Fox was also a science fiction author and wrote many novels and short stories. Fox is known as the co-creator of DC Comics heroes the Flash, Hawkman, Doctor Fate, Zatanna and the original Sandman, and was the writer who first teamed those and other heroes as the Justice Society of America and later recreated the team as the Justice League of America. Fox introduced the concept of the Multiverse to DC Comics in the 1961 story "Flash of Two Worlds!"
Read more or edit on Wikipedia 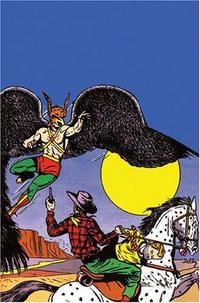