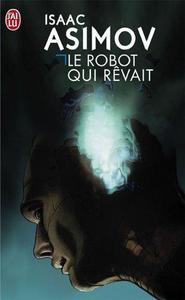 Robot Dreams (1986) is a collection of science fiction short stories by American writer Isaac Asimov, illustrated by Ralph McQuarrie. The title story is about Susan Calvin's discovery of a robot with rather disturbing dreams. It was written specifically for this volume and inspired by the McQuarrie cover illustration. All of the other stories had previously appeared in various other Asimov collections. Four of the stories are robot stories, while five are Multivac stories. The companion book, which also showcases McQuarrie's illustrations (and includes Asimov essays in addition to short stories), is titled Robot Visions.
Read more or edit on Wikipedia