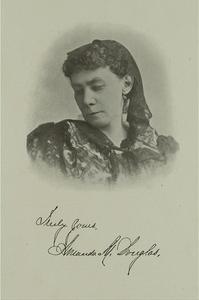 Amanda Minnie Douglas (July 14, 1831 – July 18, 1916) was an American writer of adult and juvenile fiction. She was probably best remembered by young readers of her day for the Little Girl and Helen Grant series published over the decades flanking the turn of the twentieth century.
Read more or edit on Wikipedia

A Little Girl in Old Pittsburg