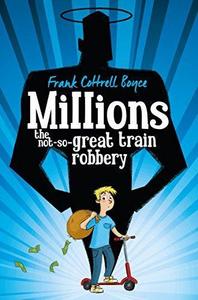 Millions is a novel published early in 2004, the first book by British screenwriter Frank Cottrell Boyce. It is an adaptation of his screenplay for the film Millions, although it was released six months before the film (September). Set in England just before British adoption of the euro (a fictional event) the story features two boys who must decide what to do with a windfall in expiring currency. Cottrell Boyce won the annual Carnegie Medal from the British librarians, recognising the year's best children's book published in the UK. Millions was an integral part of the annual Liverpool Reads campaign in his home city.
Read more or edit on Wikipedia