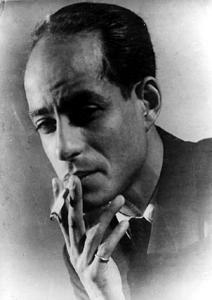 Jacques Roumain (June 4, 1907 – August 18, 1944) was a Haitian writer, politician, and advocate of Marxism. He is considered one of the most prominent figures in Haitian literature. The African-American poet, Langston Hughes, translated some of Roumain's works, including Gouverneurs de la Rosée (Masters of the Dew).
Read more or edit on Wikipedia