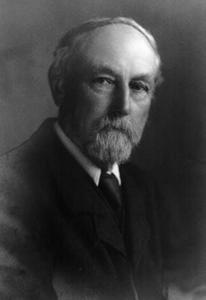 Henry Shakespear Stephens Salt (; 20 September 1851 – 19 April 1939) was an English writer and campaigner for social reform in the fields of prisons, schools, economic institutions, and the treatment of animals. He was a noted ethical vegetarian, anti-vivisectionist, socialist, and pacifist, and was well known as a literary critic, biographer, classical scholar and naturalist. It was Salt who first introduced Mohandas Gandhi to the influential works of Henry David Thoreau, and influenced Gandhi's study of vegetarianism. Salt is considered, by some, to be the "father of animal rights," having been one of the first writers to argue explicitly in favour of animal rights, rather than just improvements to animal welfare, in his Animals' Rights: Considered in Relation to Social Progress (1892).
Read more or edit on Wikipedia