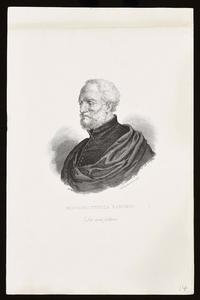 Giovanni Battista Ramusio (Italian pronunciation: [dʒoˈvanni batˈtista raˈmuːzjo]; July 20, 1485 – July 10, 1557) was an Italian geographer and travel writer. Born in Treviso, Italy, at that time in the Republic of Venice, Ramusio was the son of Paolo Ramusio, a magistrate of the Venetian city-state. In 1505 young Giovanni took a position as secretary to Aloisio Mocenigo, of the patrician Mocenigo family, then serving as the Republic's ambassador to France. Ramusio would spend the rest of his career in Venetian service. He was keenly interested in geography, and his position ensured that he would receive news of all the latest discoveries from explorers around Europe as they were sent back to Venice. A learned man, fluent in several languages, he began to compile these documents and translated them into Italian, then the most widely understood of the European languages. He died in Padua.
Read more or edit on Wikipedia