Former Associate Justice of the Supreme Court of the United States

William Orville Douglas (October 16, 1898 – January 19, 1980) was an American jurist and politician who served as an Associate Justice of the Supreme Court of the United States. Nominated by President Franklin D. Roosevelt, Douglas was confirmed at the age of 40, one of the youngest justices appointed to the court. His term, lasting 36 years and 211 days (1939–75), is the longest in the history of the Supreme Court. In 1975 Time magazine called Douglas "the most doctrinaire and committed civil libertarian ever to sit on the court".After an itinerant childhood, Douglas attended Whitman College on a scholarship. He graduated from Columbia Law School in 1925 and joined the Yale Law School faculty. After serving as the third chairman of the U.S. Securities and Exchange Commission, Douglas was successfully nominated to the Supreme Court, succeeding Justice Louis Brandeis. He was among those seriously considered for the 1944 Democratic vice presidential nomination and was subject to an unsuccessful draft movement prior to the 1948 presidential election. Douglas served on the Court until his retirement in 1975, and was succeeded by John Paul Stevens. Douglas holds a number of records as a Supreme Court Justice, including the most opinions. Douglas wrote the Court's majority opinion in major cases such as United States v. Paramount Pictures, Inc. (1948), Terminiello v. City of Chicago (1949), Brady v. Maryland (1963), and Griswold v. Connecticut (1965). He wrote notable concurring or dissenting opinions in cases such as Dennis v. United States (1951), Terry v. Ohio (1968), and Brandenburg v. Ohio (1969). He was also known as a strong opponent of the Vietnam War and an ardent advocate of environmentalism.
Read more or edit on Wikipedia 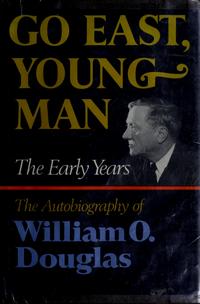