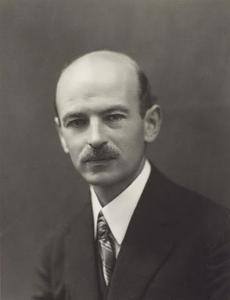 Georges Ribemont-Dessaignes (June 19, 1884 – July 9, 1974) was a French writer and artist associated with the Dada movement. He was born in Montpellier and died in Saint-Jeannet. In addition to numerous early paintings, Ribemont-Dessaignes wrote plays, poetry, manifestos and opera librettos. He contributed to the Dada (and later surrealist) periodical Literature. Among Ribemont-Dessaignes' works for the theater are the plays The Emperor of China (1916) and The Mute Canary (1919), and the opera libretti The Knife's Tears (1926) and The Three Wishes (1926), both with music by Czech composer Bohuslav Martinů. His novels include L'Autruche aux yeux clos (1924), Ariane (1925), Le Bar du lendemain (1927), Céleste Ugolin (1928), and Monsieur Jean ou l'Amour absolu (1934).
Read more or edit on Wikipedia