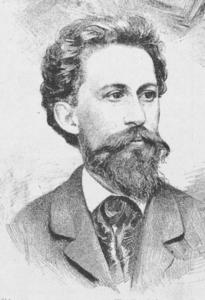 Gustav Pfleger Moravský (27 July 1833, Bystřice nad Pernštejnem – 20 September 1875, Prague) was a Czech novelist, poet and dramatist. He is generally associated with the Májovci, but was not actually a member of that group.
Read more or edit on Wikipedia