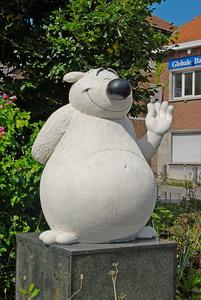 Luc Dupanloup, more famous under his pen name Dupa, was a Belgian comics artist best known as the creator of Cubitus which later was turned into an animated series called Wowser. He was born on 12 February 1945 in Montignies-sur-Sambre and died on 8 November 2000 in Ottignies.
Read more or edit on Wikipedia