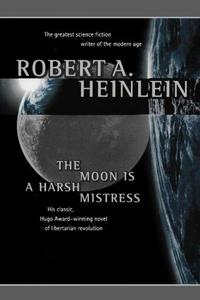 The Moon Is a Harsh Mistress

The Moon Is a Harsh Mistress is a 1966 science fiction novel by American writer Robert A. Heinlein, about a lunar colony's revolt against rule from Earth. The novel expresses and discusses libertarian ideals. It is respected for its credible presentation of a comprehensively imagined future human society on both the Earth and the Moon. Originally serialized in Worlds of If (December 1965, January, February, March, April 1966), the book was nominated for the Nebula Award in 1966. It received the Hugo Award for best science fiction novel in 1967.
Read more or edit on Wikipedia