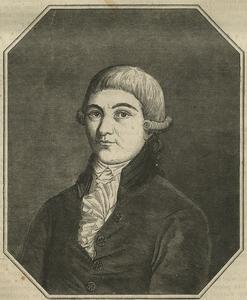 Franciszek Zabłocki (January 2, 1754, Volhynia – September 10, 1821, Końskowola), is considered the most distinguished Polish comic dramatist and satirist of the Enlightenment period. He descends from an old aristocratic family of Poland with coat of arms Łada. He translated many French comedies, among others those by Molière, but also wrote his own plays concentrating on Polish issues. From 1774, he worked in the Commission for National Education and in 1794, he took part in the Kościuszko Uprising. During the next year he gave up literature and became a priest.
Read more or edit on Wikipedia