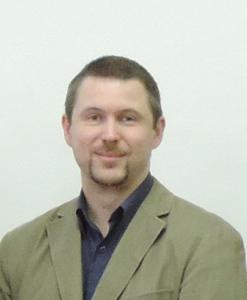 Peter Baláž [ˈpɛtɛr ˈbalaːʃ], in Esperanto known as Petro (Esperanto pronunciation: [ˈpɛtrɔ]), (born 8 October 1979 in Partizánske, Czechoslovakia) is an Esperantist, publisher and editor; he was selected as the 2012 Esperantist of the Year. Baláž lives in his hometown of Partizánske and speaks Slovak, Czech, German, Polish, Russian and English, as well as the international planned language Esperanto.
Read more or edit on Wikipedia