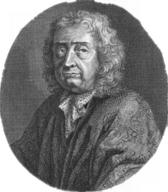 Jean-Baptiste Tavernier (1605–1689) was a 17th-century French gem merchant and traveler. Tavernier, a private individual and merchant traveling at his own expense, covered, by his own account, 60,000 leagues in making six voyages to Persia and India between the years 1630 and 1668. In 1675, Tavernier, at the behest of his patron Louis XIV, published Les Six Voyages de Jean-Baptiste Tavernier (Six Voyages, 1676).Tavernier was born in Paris of a French or Flemish Huguenot family that had emigrated to Antwerp, to escape persecution, and which subsequently returned to Paris after the publication of the Edict of Nantes, which promised protection for French Protestants. Both his father Gabriel and his brother Melchior Tavernier were cartographers. Though it is clear from the accuracy of his drawings that Tavernier received some instruction in the art of cartography/engraving, he was possessed of a wanderlust. While still a teenager, he traveled extensively through Europe and achieved a working knowledge of its major languages. Tavernier is best known for his 1666 discovery or purchase of the 116-carat Tavernier Blue diamond that he subsequently sold to Louis XIV of France in 1668 for 120,000 livres, the equivalent of 172,000 ounces of pure gold, and a letter of ennoblement. (Five years later, Louis had his court jeweler Jean Pitau recut the stone into the 68 carat French Blue and had it set as a hatpin. The gem was reset by his great-grandson Louis XV in The Medal of The Order of the Golden Fleece, stolen in 1792, recut, and re-emerged in London 30 years later as the Hope Diamond.) In 1669, Tavernier purchased for 60,000 livres the Seigneury (fief) of Aubonne, located in the Duchy of Savoy near the city of Geneva, and became Baron of Aubonne. Tavernier's writings show that he was a keen observer, as well as a remarkable cultural anthropologist. His Six Voyages became a best seller and was translated into German, Dutch, Italian, and English during his lifetime. The work is frequently quoted by modern scholars writing about the period. Source: Wikipedia (en)