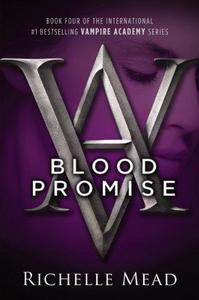 Blood Promise is the fourth book in the Vampire Academy series by Richelle Mead. Previously in the series, the main character, Rose, and her true love Dimitri made a pact that if either of them were turned into strigoi, the other would kill them rather than let them roam as an evil vampire. Blood Promise follows Rose's emotional struggle as she travels to Russia to hunt down Dimitri and fulfill this promise. Blood Promise's opening week sales put the Vampire Academy series on the New York Times list for children's series, making its best rank to date at #2, just behind the dominant Twilight series.
Read more or edit on Wikipedia