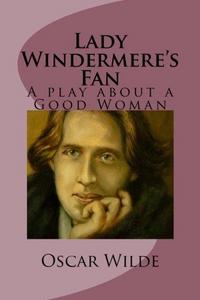 Lady Windermere's Fan, A Play About a Good Woman is a four-act comedy by Oscar Wilde, first performed on Saturday, 20 February 1892, at the St James's Theatre in London.The story concerns Lady Windermere, who suspects that her husband is having an affair with another woman. She confronts him with it but although he denies it, he invites the other woman, Mrs Erlynne, to his wife's birthday ball. Angered by her husband's supposed unfaithfulness, Lady Windermere decides to leave her husband for another lover. After discovering what has transpired, Mrs Erlynne follows Lady Windermere and attempts to persuade her to return to her husband and in the course of this, Mrs Erlynne is discovered in a compromising position. It is then revealed Mrs Erlynne is Lady Windermere's mother, who abandoned her family twenty years before the time the play is set. Mrs Erlynne sacrifices herself and her reputation to save her daughter's marriage.
Read more or edit on Wikipedia