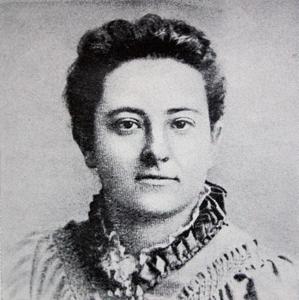 Olive Schreiner (24 March 1855 – 11 December 1920) was a South African author, anti-war campaigner and intellectual. She is best remembered today for her novel The Story of an African Farm (1883), which has been highly acclaimed. It deals boldly with such contemporary issues as agnosticism, existential independence, individualism, the professional aspirations of women, and the elemental nature of life on the colonial frontier. Since the late 20th century, scholars have also credited Schreiner as an advocate for the Afrikaners, and other South African groups who were excluded from political power for decades, such as indigenous Blacks, Jews, and Indians. Although she showed interest in socialism, pacifism, vegetarianism, and feminism amongst other topics, her views escaped restrictive categorisations. Her published works and other surviving writings promote implicit values such as moderation, friendship, and understanding amongst all peoples, and avoid the pitfalls of political radicalism, which she consciously eschewed. Called a lifelong freethinker, she also continued to adhere to the spirit of the Christian Bible and developed a secular version of the worldview of her missionary parents, with mystical elements. Schreiner is also known for her later novel, From Man To Man Or Perhaps Only (1926), published posthumously. She had not completed its revisions before her death. The first edition was produced by her husband, Samuel Cronwright-Schreiner. It was re-edited and published by the University of Cape Town Press (edited and introduced by Dorothy Driver). This edition corrects previous errors. This edition provides another ending to the novel, in Schreiner's own words, in addition to the one her husband summarized. From Man to Man or Perhaps Only was said by Schreiner to be her favourite among her novels. From exploring white women's confinement to domestic life in colonial-era South Africa, the novel eventually expands its gaze to include black women and girls, whose presence gradually informs the central character's struggle to re-create herself and educate her children against the racism and sexism of the period.
Read more or edit on Wikipedia