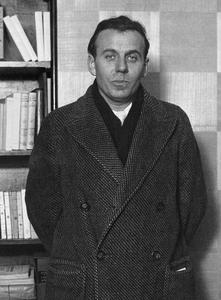 Louis-Ferdinand Céline ( say-LEEN, French: [selin] (listen)) was the pen name of Louis Ferdinand Auguste Destouches (pronounced [detuʃ]; 27 May 1894 – 1 July 1961), a French novelist, polemicist and physician. His first novel Journey to the End of the Night (1932) won the Prix Renaudot but divided critics due to the author's pessimistic depiction of the human condition and his writing style based on working class speech. In subsequent novels such as Death on the Installment Plan (1936), Guignol's Band (1944) and Castle to Castle (1957) Céline further developed an innovative and distinctive literary style. Maurice Nadeau wrote: "What Joyce did for the English language…what the surrealists attempted to do for the French language, Céline achieved effortlessly and on a vast scale."From 1937 Céline wrote a series of antisemitic polemical works in which he advocated a military alliance with Nazi Germany. He continued to publicly espouse antisemitic views during the German occupation of France, and after the Allied landing in Normandy in 1944 he fled to Germany and then Denmark where he lived in exile. He was convicted of collaboration by a French court in 1951, but was pardoned by a military tribunal soon after. He returned to France where he resumed his careers as a doctor and author. Céline is widely considered to be one of the greatest French novelists of the twentieth century, but remains a controversial figure in France due to his antisemitism and activities during the Second World War.
Read more or edit on Wikipedia