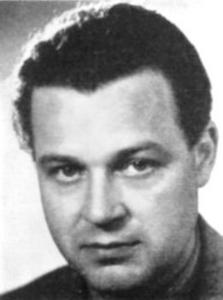 Karl Gunnar Myrdal ( MUR-dahl, MEER-; Swedish: [ˈɡɵ̌nːar ˈmy̌ːɖɑːl]; 6 December 1898 – 17 May 1987) was a Swedish economist and sociologist. In 1974, he received the Nobel Memorial Prize in Economic Sciences along with Friedrich Hayek for "their pioneering work in the theory of money and economic fluctuations and for their penetrating analysis of the interdependence of economic, social and institutional phenomena." When his wife, Alva Myrdal, received the Nobel Peace Prize in 1982, they became the fourth ever married couple to have won Nobel Prizes, and the first to win independent of each other (versus a shared Nobel Prize by scientist spouses). He is best known in the United States for his study of race relations, which culminated in his book An American Dilemma: The Negro Problem and Modern Democracy. The study was influential in the 1954 landmark U.S. Supreme Court Decision Brown v. Board of Education. In Sweden, his work and political influence were important to the establishment of the Folkhemmet and the welfare state.
Read more or edit on Wikipedia Crisis in the Population Question

[Outcomes of acute type A aortic dissection repairs in Iceland]. ( 2016 )