Gabriel Honoré Marcel (1889–1973) was a French philosopher, playwright, music critic and leading Christian existentialist. The author of over a dozen books and at least thirty plays, Marcel's work focused on the modern individual's struggle in a technologically dehumanizing society. Though often regarded as the first French existentialist, he dissociated himself from figures such as Jean-Paul Sartre, preferring the term philosophy of existence or neo-Socrateanism to define his own thought. The Mystery of Being is a well-known two-volume work authored by Marcel.
Read more or edit on Wikipedia

The Mystery of Being 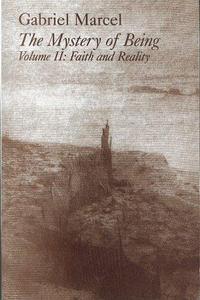 A mystery of love