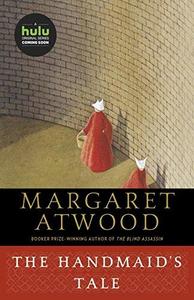 The Handmaid's Tale, originally published in 1985, is a dystopian novel written by Canadian author Margaret Atwood. It is set in a near-future New England, in a totalitarian state resembling a theonomy that overthrows the United States government.The Handmaid's Tale explores themes of subjugated women in a patriarchal society and the various means by which these women resist and attempt to gain individuality and independence. The novel's title echoes the component parts of Geoffrey Chaucer's The Canterbury Tales, which is a series of connected stories ("The Merchant's Tale", "The Parson's Tale", etc.).The Handmaid's Tale is structured into two parts, by night and by other various events. This novel can be interpreted as a double narrative, Offred's tale and the handmaids' tales. The night sections are solely about Offred, and the other sections (shopping, waiting room, household, etc.) are the stories that describe the possible life of every handmaid, though from the perspective of Offred. In many of these sections, Offred jumps between past and present as she retells the events leading up to the fall of women's rights and the current details of the life that she now lives. The Handmaid's Tale won the 1985 Governor General's Award and the first Arthur C. Clarke Award in 1987; it was also nominated for the 1986 Nebula Award, the 1986 Booker Prize, and the 1987 Prometheus Award. The book has been adapted into a 1990 film, a 2000 opera, a 2017 television series, and other media. In 2019, a sequel novel, The Testaments, was published.
Read more or edit on Wikipedia