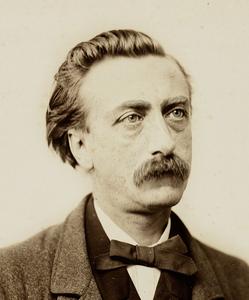 Eduard Douwes Dekker (2 March 1820 – 19 February 1887), better known by his pen name Multatuli (from Latin multa tulī, "I have suffered much"), was a Dutch writer best known for his satirical novel Max Havelaar (1860), which denounced the abuses of colonialism in the Dutch East Indies (today's Indonesia). He is considered one of the Netherlands' greatest authors.
Read more or edit on Wikipedia